Winter Break and School's Out Camps 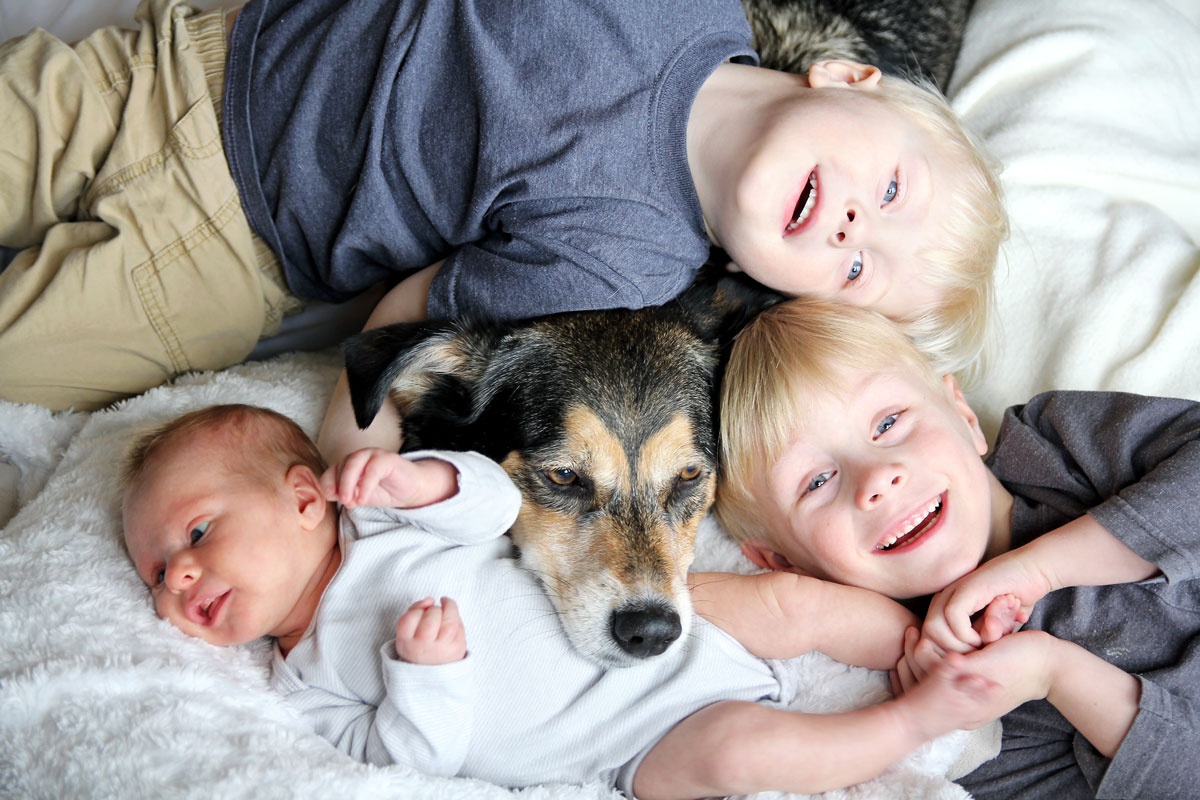 A few years ago a study was published that found three to be the most stressful number of children a person can have. And while I’ll be the first to admit parenting three kids isn’t always a walk in the winery, you couldn’t pay me enough to wife swap with that Duggar lady.

Maybe it’s the fact that three lends itself to odd man out. Last week my middle daughter was feeling left out by the other two so I asked my eldest what she thought we could do to make her feel more included.

“Well why don’t you just have another baby and she can play with it?”

My uterus instinctively put on her running shoes, opened my c-section scar and fled my body at the mere suggestion. Three is our magic number and while many believe it to be the hardest, every kid we’ve added to our mix has brought her own unique challenges.

I had four baby showers. FOUR. I took classes on birth, parenting and what your baby’s poop says about her ability to get into an Ivy league university. Heeding the #1 piece of advice I received, I spent every waking hour sleeping. That is, when I wasn’t in my yoga for pregnancy class. We prepared for this baby like we were preparing for war. And like many things in life, bringing her home from the hospital was quite the anti climactic event.

We were ready for our world to be turned upside down but much to our surprise she didn’t throw but the tiniest of wrenches into our social life. Aside from getting up once or twice a night, our lives were pretty much business as usual. Determined to showcase the fact that we were the world’s best parents we took her everywhere - restaurants, beer fests, strip clubs… this baby saw some things.

And then she learned how to crawl.

No longer satisfied with hanging out in her car seat, she insisted on broadening her horizons by shoving all the things from the floor into her mouth. She was like a heat seeking missile for crumbs, coins and bugs that died under suspicious circumstances. Suddenly our social outings went from pub to playground and it was all downhill from there.

ZERO TO ONE BIGGEST CHALLENGE: Mobility

MATERIALS NEEDED: Dog crate, but big enough so as not to get stink eyes from fellow restaurant patrons

The trick for mastering the one to two transition is being okay with one of your children splashing around in truck stop toilet water while you frantically attempt to soak up a lake of newborn baby poop with two baby wipes at a changing station laced with remnants of cheap trucker speed. Personally, one to two was the most challenging for me because I had to learn how to determine whose immediate need was more life threatening.

No longer was I able to give my child the undivided attention she demanded - I now had two little ones competing to see who could cry louder to get me to keep them alive. Some say that going from two to three is going from man to man to zone defense, but while my husband is at work I am but one woman with two kids whose sole purpose in life is to find a flight of stairs.

My face before and after two kids looks like one of those mugshot montages police use to try to keep people off meth. On the bright side, I stopped judging parents who put their kids on leashes.

ONE TO TWO BIGGEST CHALLENGE: Picking a favorite kid

MATERIALS NEEDED: Ability to bypass thousands of years of evolution and block your baby’s cry from destroying your soul while you tend to the other one

If one to two is going from man to man to zone, then two to three is going from zone to circus ringleader for the monkey brigade. However, the positive is that you’ve got a little experience under your belt and also know your baby can cry for a minute without spontaneously combusting. Our situation was a little unique because we had three kids in 30 months (PSA: BREASTFEEDING IS NOT BIRTH CONTROL) so things were a little touch and go there for a minute.

One specific memory happened right after I took this picture: 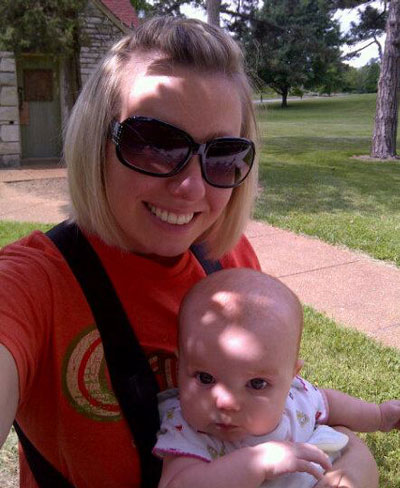 It was a bright spring afternoon when I took all three kids to the park. I was at the top of my Mom game and decided to document this momentous occasion with a selfie to make all of my friends jealous of how well I was winning at life with three kids.

The first thing I noticed when I turned around was that my two older kids had taken off running in different directions. I chose to give chase to the older one because she was slightly faster and also running into traffic. I was only able to run fast enough to avoid giving the kid I was wearing shaken baby syndrome which was a problem. I finally caught up with her as she was inches from becoming roadkill and schlepped her under one arm. I then found the other walking into a pond and schlepped her under the other. Fueled by nothing but mom strength I hoofed it Predator-style back to the van.

I was surprised at how soon my heart returned to normal on the way home. By no means had I graduated to professional Mom, but it only took us a few days to brave leaving the house again.

TWO TO THREE BIGGEST CHALLENGE: Avoiding every possible cause of death

Bottom line: whether you have one kid or twenty parenting is hard. Especially if you ever plan to leave the house. Every day brings new challenges and we live, learn and if we’re lucky, keep our kids from ending up on Snapped. The good news for us – all ring leaders eventually learn to bring bananas. 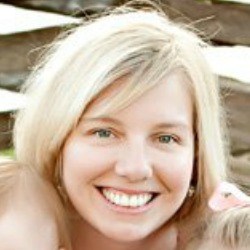 Toddlers and their caregivers are encouraged to experiment with toys and activities that develop motor skills, build language, and support socialization.

Visit the Animal Protective Association (APA) of Missouri for a free story time for preschoolers and help foster their love of animals. 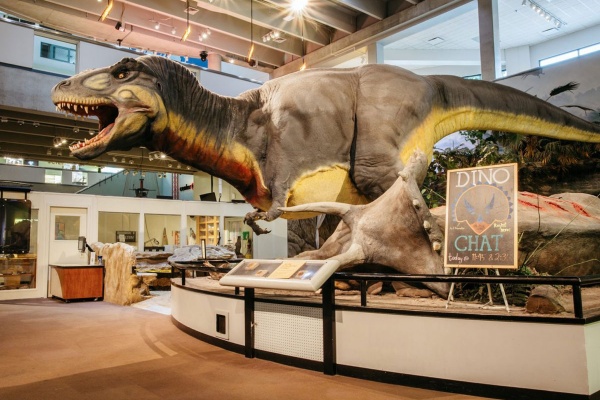 Learn all about the world of dinosaurs including what they ate, newly discovered dinosaurs and more.

Bring your babies and toddlers to this free story time at the Missouri History Museum.

Storytelling in the Museum

Preschoolers will hear stories and make a craft at this free program at the Missouri History Museum.

Instructional Soccer Leagues (ISL) at Vetta Sports are a great way for beginner players, Pre-K through high school, to grow in experience, confidence and development in the sport. ISL programs focus on four key building blocks to teach the FUNdamentals of soccer. More experienced players will develop better confidence and improve their skills. Winter Sessions are now enrolling at four Vetta Sports locations! Sign up today! Learn more and view schedules at VettaSports.com/isl

This family film night truly is for everyone! Come to Purina Farms for a showing of Marmaduke shown inside the Gateway Hall inside the Purina Farms Event Center. There will also be an indoor playground and games for kids! Concessions will be available for purchase, or you may bring your own food & drink. Admission is $5 per person. All children must be accompanied by a parent or guardian at all times. Dogs are welcome to attend the event, but all activities are geared toward children. Family Night at the Farms: Marmaduke is set for Friday, January 31 beginning at 6 p.m. LEARN MORE AND GET TICKETS

Bring your family to Cardinals Nation every Wednesday night for Family Night with Fredbird! Meet Fredbird from 6:30 to 7:30 p.m., play games and win prizes! You'll also get lots of great photos! Kids eat FREE per adult meal purchased. (Dine-in only, for kids 12 and under). Make reservations today! LEARN MORE AND GET RESERVATIONS 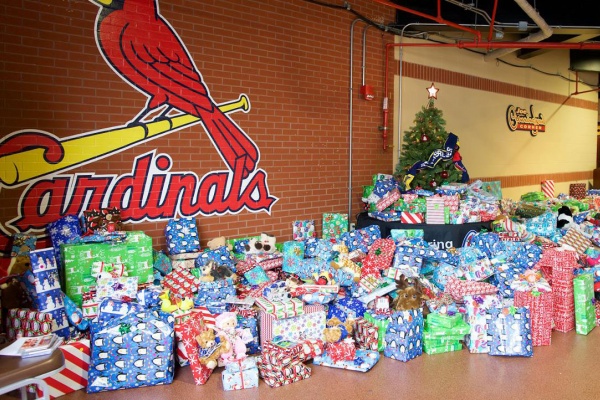 With a variety of nonprofits across the region currently collecting gifts and toys for those they serve, you and your little ones can help make the holidays a bit brighter for our neighbors in need by donating to the following drives. 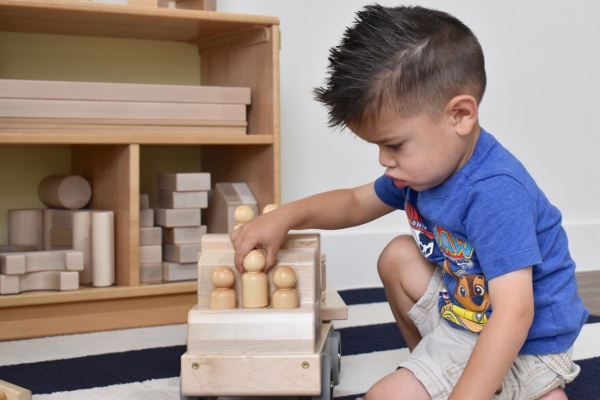 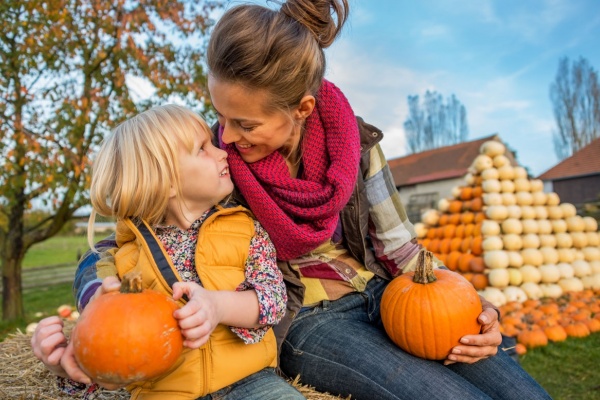 It’s not really fall in St. Louis until you get lost in a corn maze or find that perfect pumpkin in a field of thousands. Thankfully, no matter where you live in the region, there’s a local farm right in your backyard offering a variety of autumn-themed attractions perfect for every member of the family, from toddlers to teens. 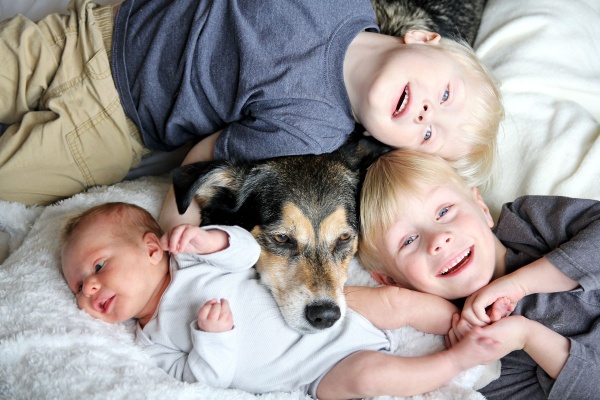 The key to successfully going from one, to two, to three kids is really just learning how to determine whose immediate need is more life-threatening. Plus, you stop judging parents who put their kids on leashes.